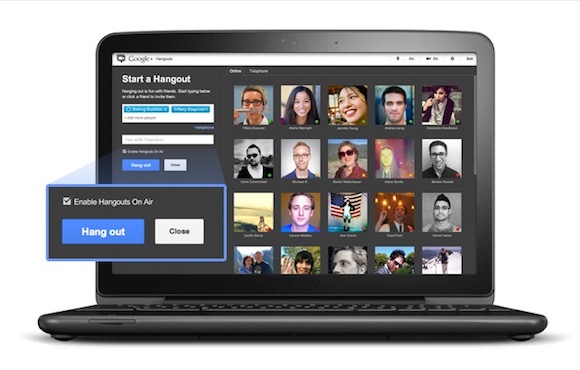 Google Sri Lanka has been very active during the past few months. I’ve already blogged about a couple of such initiatives HERE and HERE. The latest activity they’re working on is Google Music Hangouts On-Air under the hashtag #RipplesOfMusic.

A small group of Bloggers, Social Media activists and Tweeps were invited to CIOCONAT lounge, Colombo 07 last Friday (11th January 2013) to officially introduce the concept. Music Hangouts On-Air is a collaborative effort among Google Srilanka, Music.lk and Neo@Ogilvy, the agency partner for the project. One aim of the organizers is that #RipplesOfMusic will showcase the use of Hangouts as well as Hangouts On-Air to the local public. But even more than this, they hope that through the use of Hangouts, which is a free service offered by Google, the up-coming and not so popular musicians will have an equal opportunity platform to reach the public.

Speaking at the gathering, Google Sri Lanka – Country Consultant, Rohan Jayaweera said that he hopes the public will take the cue from #RipplesOfMusic and create a variety of spin-offs such as tech and other subject discussion hangouts, sports discussions, dance performances etc. He said he also hopes #RipplesOfMusic will not be the only music related hangout. When asked what #RipplesOfMusic hashtag stands for, he said with a quick grin; “Google+ Circles!“. Of course!

The beauty of these hangouts would be that the content delivered via them would be Srilanka specific. This would not only reach the talent of local musicians to a vast public who are spread out through the island and connected only via an internet connection; but also to the international community.

So when and how does all this begin? Wednesday, 16th January from 9.00PM to 9.30PM via Google Hangouts On-Air feature. The first guest will be popular singer Lahiru Perera and the discussion will be moderated or hosted by another popular singer and television personality Devashrie De Silva. The link to the Hangout will be available on the Music.lk website. I’ll be updating this post when the link becomes available.

Things won’t stop there, nope! #RipplesOfMusic will be held every Wednesday from 9.00PM – 9.30PM via Hangouts On-Air with a new music personality each week. The first few episodes will be held with known musicians. However, the organizers invite all budding musicians to come onboard. If that’s not cool enough, every week, a selected few will be able to participate in the Q & A session. However, your will be required to send in your questions via Music.lk’s dedicated page. In addition, anyone and everyone will be able to view the Hangout On-Air, live over their computer, because, well – this is not just a Hangout – It’s a Hangouts On-Air; which means anyone will be able to watch it online. Plus, it will be available to watch on YouTube later.

Meanwhile, Music.lk folks said they wanted to go with the whole concept of Hangouts On-Air due to several reasons. The biggest one being that, as opposed to conventional meetups with a musicians where one needs a number of high-end and expensive resources for recording purposes, Hangouts only require a couple of laptops, webcams and additional microphones. Well, technically speaking they could just use a laptop but for a slightly better viewing pleasure they decided to use additional webcams and mics. In addition, they could just conduct the discussion right from the musician and the host’s home and the viewers too can watch from the comfort of their home. Most of all, it’s the direct interaction with the musician and the virality of the entire event.

It was interesting to note that according to Rohan, this is the first time Google is initiating something of this magnitude, related to Hangouts in Asia-Pacific region. This means the entire region would be basically watching how this takes of in Sri Lanka. Pretty exciting huh? Rohan also said that their next aim would be to have people join the #RipplesOfMusic Hangouts On-Air via their smartphones, even on the go.

Google is also conducting a series of seminars this week, starting from today. These are completely FREE of charge and are conducted by Googlers from Singapore. Here are the details:

To attend or register for these events, all you have to do is follow the link to any of the G+ Event pages and RSVP “Yes”.  I hope those who are interested in these topics would take this rare opportunity. So, who’s attending what? Hope to see some of you there!