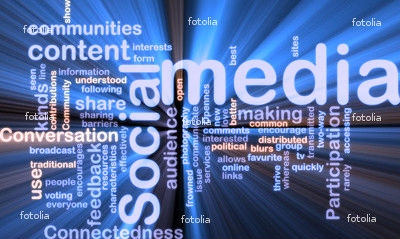 Last year has seen businesses taking a significant move from traditional marketing to integrating Social Media into the marketing mix, almost all around the world and in every arena. And some predict that the year 2011 will be the year of the “Social Media Bubble”. Throughout last year we have also noticed how a number of Srilankan business too, making a move towards social media marketing. But are we just following the herd or are we actually making any marketing sense? Do you think that the local businesses embracing social media is due to the noise social media marketing has made globally or have they actually seen the huge potential in it?

As I mentioned before, this year (2011) has been foretasted as the year that Social Media will come forward and lead the way to marketing, PR and generally – how we run our businesses. So are we ready for this here in Sri Lanka?

I’ve observed that a couple of organizations were already looking for “Social Media Marketers” towards the latter part of last year. It’s not far that large companies would get serious about social media. What I mean getting serious about it is that they would actually hire a specialist in Social Media into their Marketing team, to say the least. Right now you would have noticed how many company Facebook pages exist already. What you may have also noticed that most of them are in Small and Medium . However, more and more big players are testing the Social Media waters and I’m not just talking about just a Facebook page. Social Media marketing is a whole different ballgame than just having a Facebook page and posting a status or a link.

Okay tell me how many of you have Facebook (among others) blocked at office? And why do you think its blocked? If you ARE allowed to go on Facebook at work, how long do you stay logged in and what would you be doing on it, typically? In my opinion, by the end of this year, most organizations would (or rather, should) unblock social networking sites such as Facebook and Twitter and might even encourage it, at least in the marketing department. You don’t believe it? All around the world, Social Media and SMM is being recognized as a necessary factor in business. And Srilankans, not too far behind the latest trends would not be far behind. So, let’s wait and see.